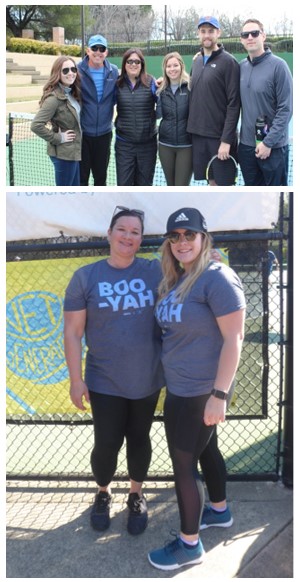 For the past 15 years, Paul Dugoni and his family have held the ACE Cancer Tennis Tournament to benefit the V Foundation. The annual event honors Paul’s mother, Lynn Dugoni, who passed away in 2005 after a year-long fight with small cell carcinoma.

Paul’s maternal grandmother also passed away from cancer in 2013, which strengthened his ambition to fight for everyone in their community impacted by this dreadful disease.

46 players participated in this year’s February tournament at Rancho Solano InShape, and raised over $5,000, bringing the grand total to over $50,000.

Paul and his wife Sarah are expecting their first baby in August, and we are proud to be in the growing company of wonderful local supporters who help us achieve Victory Over Cancer®!