Join us as we savor world-class wine, experience culinary adventures, and discover inspiring stories from our dedicated community of vintners, chefs, artisans, celebrities and beyond, as we go Behind the V. 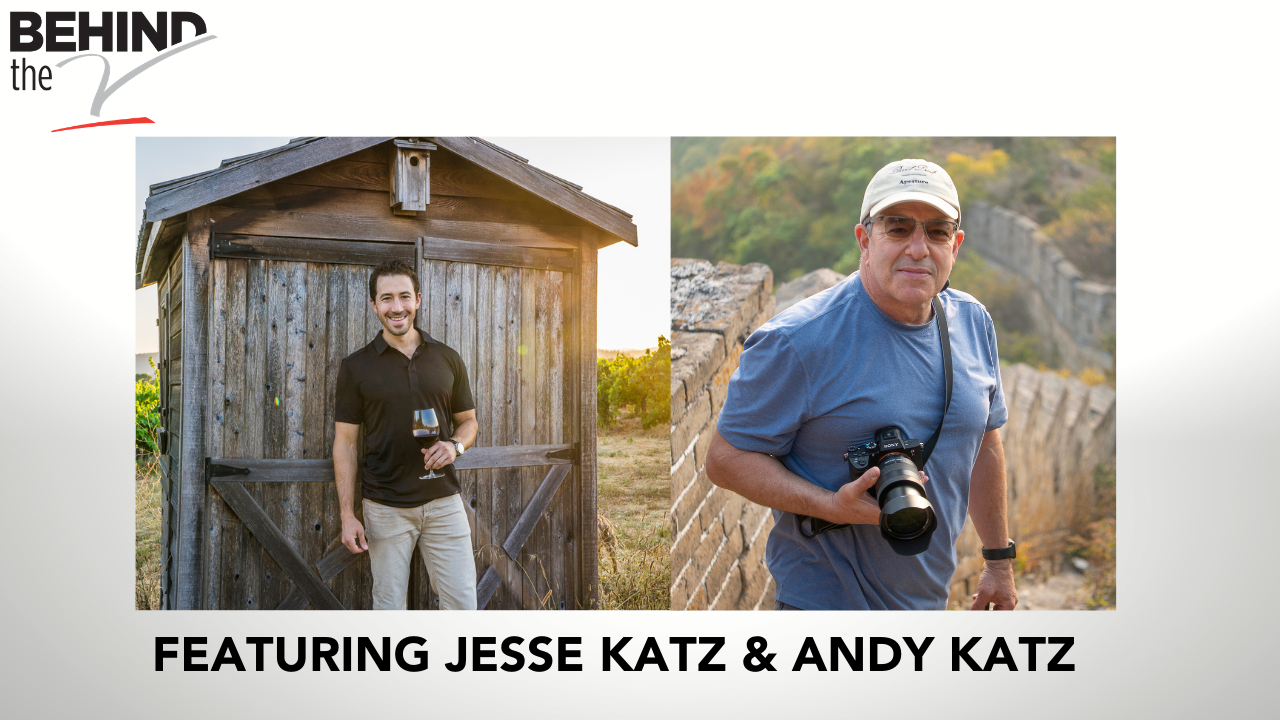 Discover the art and pride of wine production in this illuminating interview with renowned winemaker, Jesse Katz along with famed photographer and Sony Artisan of Imagery, Andy Katz.

Jesse Katz has, in a remarkably short period of time, made himself into one of the most respected wine professionals in California. He was the first winemaker ever to be included in the Forbes 30 Under 30 list, a Wine Enthusiast 40 Under 40 Tastemaker, and had been named a Wine Spectator “Rising Star.”

Andy Katz’s love of photography takes him around the globe. From the deserts of Namibia to the disappearing Jewish World of Eastern Europe to the rolling hills of the California wine country, his subjects range as broadly as his travels and adventures. Each journey for Katz is a new exploration of images. Katz discovered his passion for photography at a young age and is now a Sony Artisan of Imagery, one of the original seven photographers representing Sony’s new cameras.

Featuring: Aperture Cellars
Acquire: Thank you to Aperture Cellars for donating 20% of all proceeds from any purchase of their Soil series when you use the code VWINE during check out. 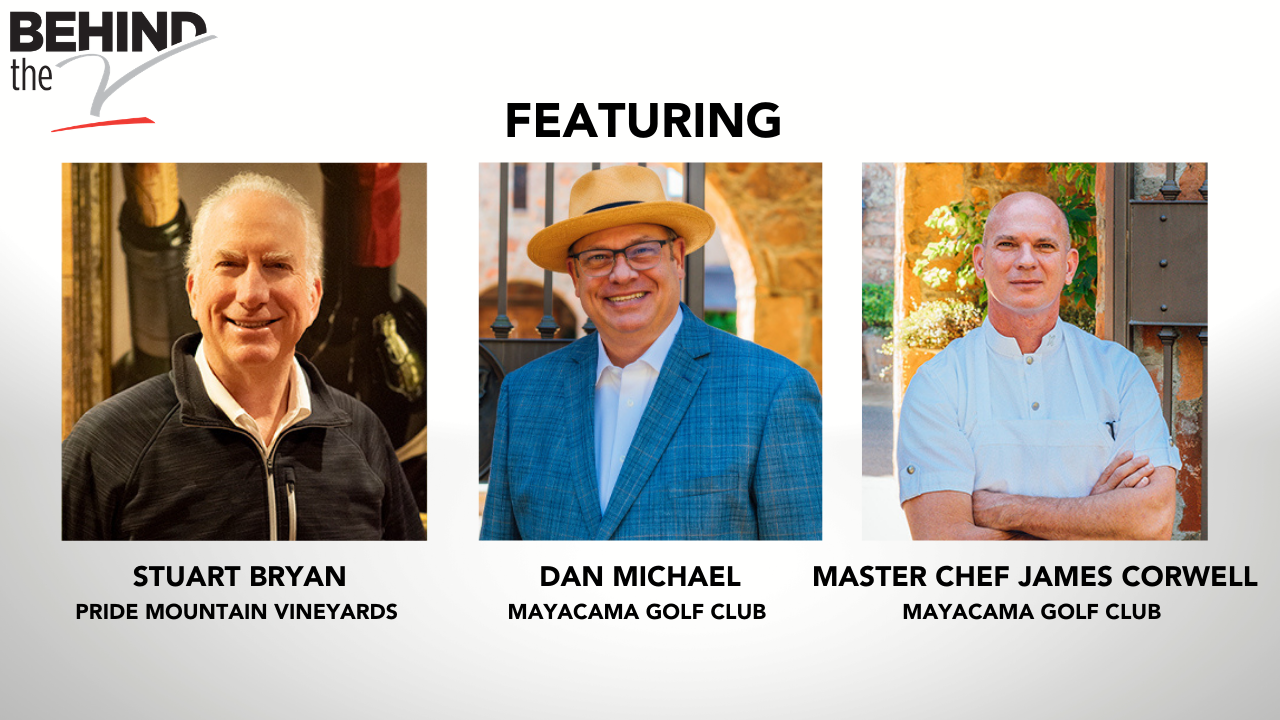 Enjoy an international culinary experience with Master Chef James Corwell and distinguished leader in world-class food and wine, General Manager Dan Michael as we enjoy a premier of selection of highly sought-after wines from Pride Mountain Vineyards, recognized as one of the world’s greatest wine estates. 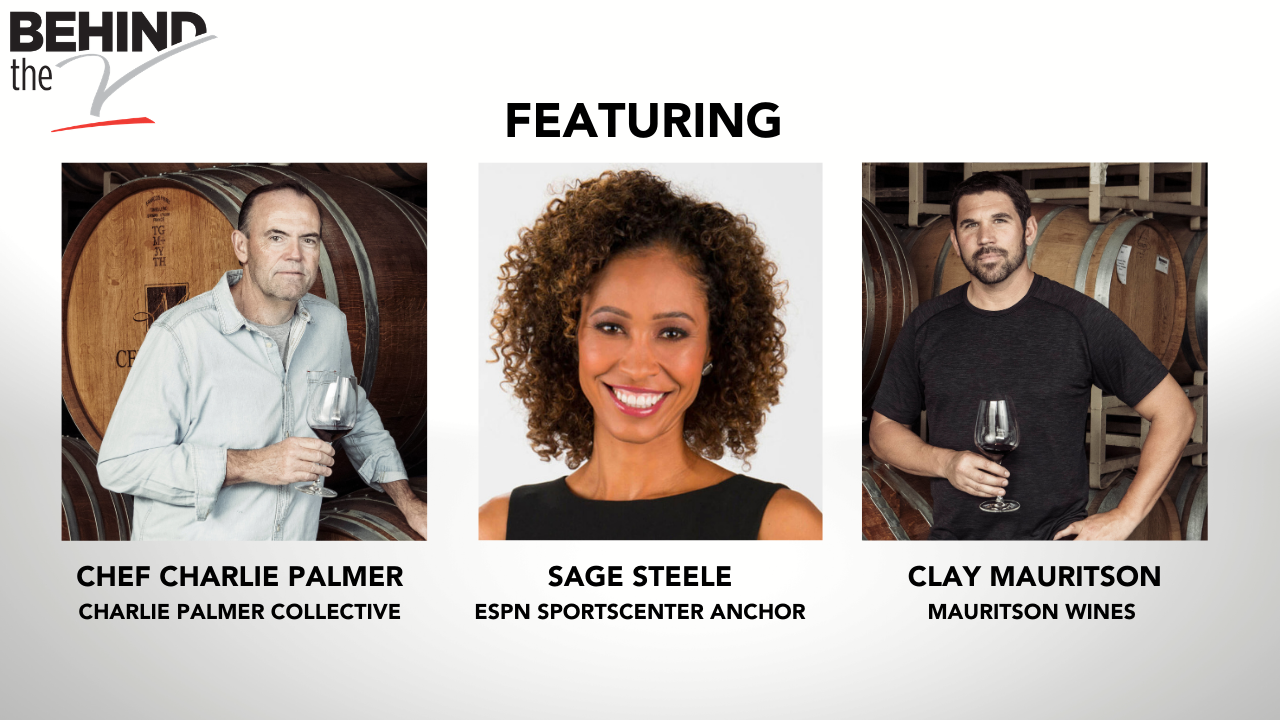 Join us as we embark on a culinary adventure with the iconic duo- Hospitality Entrepreneur, Hotelier, Author, and James Beard Award Winning Chef Charlie Palmer along with Sixth Generation Sonoma County Native and Founder/Owner of Mauritson Wines, Clay Mauritson.

Channel your inner chef as we glean expert tips on holiday festivity preparation while indulging in an outstanding wine experience.