“The V Foundation continues to make a difference in the fight against cancer,” said Co-chairperson Amy Marks Dornbusch. “In the last two years alone, we’ve raised over $19 million dollars through the amazing support of our sponsors, donors and our generous bidders.”

“Jim Valvano’s legacy impels us to ‘never give up’, and courage was definitely the theme this year,” added Wine Celebration founder Julie Maples.

The 2022 Wine Celebration weekend was hosted by V Foundation Board Member and Duke University’s legendary former Men’s Basketball Coach Mike “Coach K” Krzyzewski, and Devon Still, former NFL defensive end and 2015 Jimmy V Perseverance Award winner. From the gala dinner at Nickel & Nickel Winery, to the Answer for Cancer Symposium, ‘Rock the V’ party at The Estate Yountville and more, the event hosted over 600 guests in the heart of the Napa Valley.

The live auction gala held at Nickel & Nickel Winery capped off the event, with dozens of incredible lots up for bid. The evening’s top lot was 6 Liters of Screaming Eagle in Memory of Ron Kuhn, a V Foundation Wine Celebration and Napa Valley longtime friend, dedicated supporter, and philanthropist. The gavel came down at $270,000 for this very special lot featuring a 1992 6-Liter of Screaming Eagle, one of two ever produced by world renowned vintner Jean Phillips, and one of the most prized possessions from her private cellar. The lot was purchased by Gary Jabara, new owner of the Estate Yountville, the Wine Celebration Weekend’s host headquarters.

Other auction highlights included: The Royal Treatment at Wimbledon, four tickets to Wimbledon Ladies’ and Gentlemen’s Semi-Finals and Finals, lodging at Le Manoir aux Quat’Saisons Hotel in Oxfordshire, lunch with Sarah, Duchess of York at Hundred Hills Winery, and six magnums of 2015-2017 Nickel & Nickel Branding Iron Cabernet Sauvignon and 2015-2017 Nickel & Nickel CC Ranch Cabernet Sauvignon; An Exclusive Sanctuary & Solomon, featuring five nights at an Exclusive Resorts residence paired with a rare 18-Liter of 2008 Kathryn Hall Cabernet Sauvignon, one of the top wines in the world for that vintage; Life in the Fast Lane featuring two VIP Tickets to race weekend at Sonoma Raceway with full-access, behind-the-scenes passes, logo inclusion on NASCAR’S Trackhouse Racing team car and a tasting experiences at Gemstone Vineyard with a 1.5L 2018 Gemstone Heritage Cabernet Sauvignon signed by the Trackhouse and Gemstone teams; and Terror and Terroir, featuring two nights for six at the Caretaker’s Cottage of The Stanley Hotel (the hotel immortalized in Stephen King’s The Shining), complete with a “13 A Late-Night Séance”, a private wine dinner with John Cullen, John Steffens, and Wesley Steffens with a selection of current and library vintages from the Steffens’ Family of Wines, and a custom-etched 3L Bottle of Vineyard 7 & 8 Cabernet Sauvignon.

“The V Foundation Wine Celebration has once again raised essential funds to help us move toward Victory over Cancer®,” said Shane Jacobson, CEO of the V Foundation. “We couldn’t do it without the support of our amazing staff and volunteers, united with our generous supporters and Napa Valley’s world-class vintners and talented chefs…congratulations to all!”

The V Foundation has awarded more than $290 million in cancer research grants nationwide. Twenty-nine years ago, the diagnosis and prognosis related to cancer were not as optimistic as today. Because of research supported by the V Foundation, there are earlier diagnoses, a better understanding of what causes some cancers, more positive prognoses for some cancers, and therapies designed to kill cancer while preserving the patient’s overall health. The V Foundation distributes research grants for all types of cancer to the most promising scientists nationwide through a competitive process vetted by a Scientific Advisory Committee. 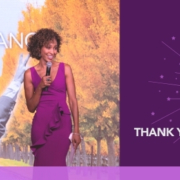 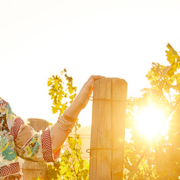 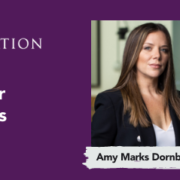 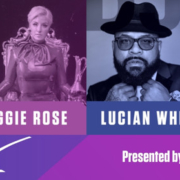