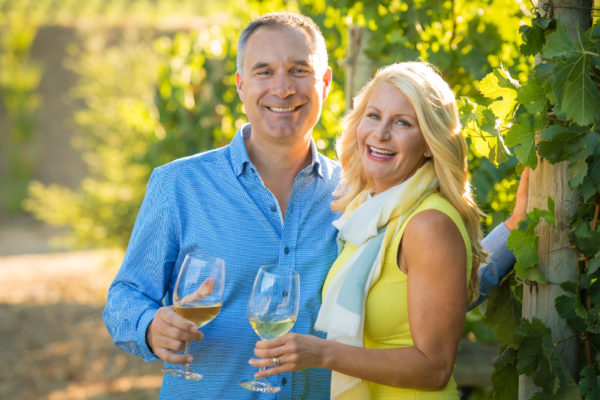 Michele and I were first introduced to the V Foundation about 10 years ago.  From the onset we were impressed with the quality of the people involved in the organization and their commitment to fund early-stage research into curing various forms of cancer.

The V Foundation has been called “the venture capitalist of cancer research”.  By identifying brilliant scientists that need seed funding to further their research, they are helping studies that might not otherwise get off the ground.

We all know someone whose life has been affected by cancer.  We’re so thankful that great organizations like the V Foundation exist, so we can all help the cause to find the cures so desperately needed.

We’re honored to support the V Foundation and thankful for the contributions and hard work of all those involved.

In June of 1995, Robin was referred to a new doctor after her longtime OB/GYN retired. At a Friday afternoon checkup, the doctor discovered a lump in her breast and announced that she would be scheduling a double mastectomy for the coming Monday. Fortunately, the first friend she spoke with following this encounter said, “Cancel the operation, do some research, find a good breast oncologist, and get informed.” She found an outstanding doctor, had a checkup and a biopsy. If any cancer can be “good,” hers was, and a lumpectomy removed the small tumor which had not spread and she did not require radiation or chemotherapy.

“If facing a diagnosis, it is of the utmost importance to transition from victim to survivor mentality as fast as possible, and to gather information and be informed. Knowledge is stabilizing.”

Even though she had a very happy ending, she learned indelibly that cancer is not for sissies, and if you are one, you won’t be for long because the path requires bravery. And when the outcome is ultimately good, it is important to continue to be informed. You are part of a family of survivors that has benefited from ongoing cancer research, information and great courage.