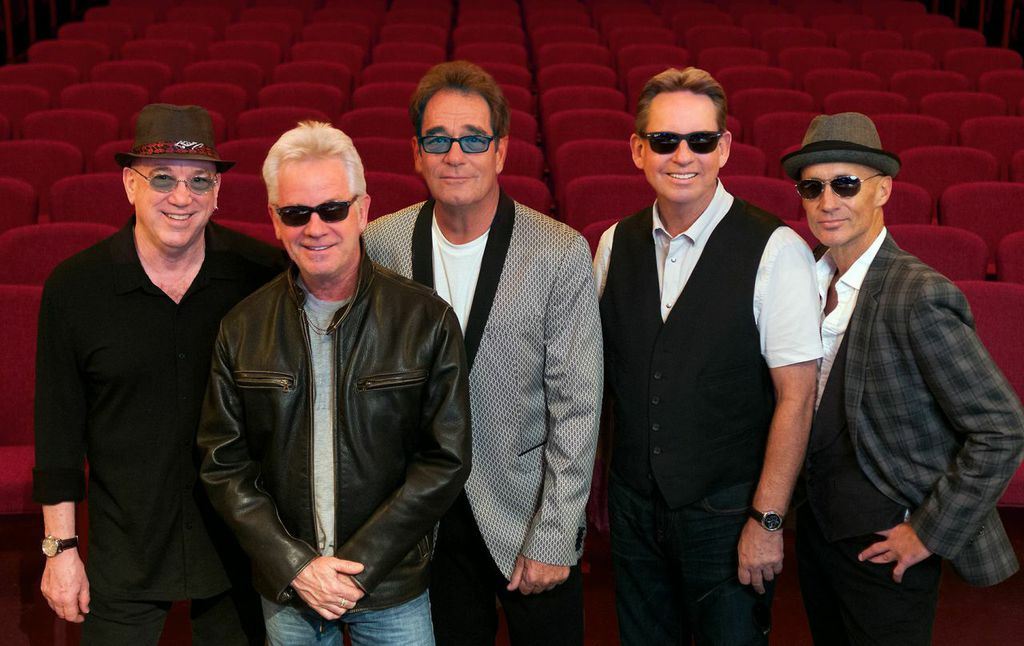 Huey Lewis and The News are truly one of America’s great rock & roll bands. As they enter their 36th year together, their contagious brand of music has outlasted countless trends, and is as fresh today as ever. Formed from two rival Bay Area bands in 1979, they continue to thrill audiences worldwide, selling over 20 million albums in the process, earning them the right to mark their place on the pop history map. These Grammy Award winners have written and performed such classic Top Ten Hits as “Heart of Rock & Roll”, “Stuck With You”, “I Want A New Drug”, “If This Is It”, “Hip To Be Square” “Do You Believe In Love” and “Workin’ For A Livin”. The group also wrote and performed “The Power of Love” and “Back in Time” for the hit film Back To The Future. “The Power of Love”, nominated for an Academy Award, went to #1 on Billboard’s singles chart, and was a smash hit worldwide. As great a recording career as the band has had, there is something extra special about a Huey Lewis & The News live show. They incorporate a variety of musical influences including R&B and soul to create their own unique sound. Frontman Huey Lewis’ unmistakable voice has a rich, textured quality that lends itself well to not just their hits, but also to the variety of other songs featured in the show. Lewis also brings some bluesy tones to the performance when he breaks out into his harmonica solos. One of the highlights of the show is their a cappella rendition of early rock n’ roll classics such as “It’s Alright”, “Little Bitty Pretty One” and “Sixty Minute Man”. Huey Lewis & The News are: Huey Lewis (vocals and harmonica), Johnny Colla (saxophone, guitar and vocals), Bill Gibson (drums, percussion and vocals), Sean Hopper (keyboards and vocals), Stef Burns (guitars and vocals) and John Pierce (bass). The live show features their long time horn section of San Francisco bay area luminaries: Rob Sudduth (tenor saxophone), Marvin McFadden (trumpet), and Johnnie Bamont (baritone saxophone). Huey Lewis & The News have a love of music that comes through in everything they do. Be it their albums, their live performances, or the way they interact with their fans, they are a band with “Heart and Soul”.