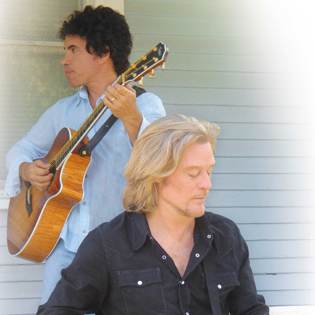 Daryl Hall and John Oates started working together in the early 1970’s and went on to become the most successful duo in rock history. Meeting in a freight elevator while escaping a riot at the Adelphi Ballroom during the club’s legendary Battle of the Bands, Daryl and John would join forces to become the pioneers of Rock & Soul. With over 60 million albums sold, Daryl Hall & John Oates’ rich repertoire has garnered a total of eight #1 hit singles along with dozens of hits throughout the 70’s, 80’s, 90’s, including 2002’s “Do It For Love.” Other top singles include: “Rich Girl,” “Kiss On My List,” “Maneater,” “Private Eyes,” “I Can’t Go For That (No Can Do),” “Sara Smile,” “She’s Gone,” and “One On One.” Their trademark sound of rock ‘n’ soul can be heard in the harmonies of today’s young pop stars, in the return to radio of sophisticated R & B, even in the black/white demographics of hip-hop and rap-rock fusion.